Daniel 6:23 NIV, “…And when Daniel was lifted from the den, no wound was found on him, because he had trusted in his God.”

When I finished writing about Daniel’s ordeal with his coworkers, I was reminded of a time when I was working with a very difficult co-worker. I had just been promoted to junior accountant and she was the senior accountant who was responsible for my training. She spoke to me very rudely, and if I made any sort of mistake (which was inevitable since I was in training), she would blow things way out of proportion.

She would complain at times to the manager, or other accountants, in an attempt to make it seem like I was doing a horrible job. No matter how well I did, it was impossible to please her. Some days I even dreaded going to work because I didn’t want to cope with her foolish behavior. My family and some of my close friends were praying continuously over the situation. The prayers are what helped me to be strong and keep going. I knew God was with me in the “lion’s den”. 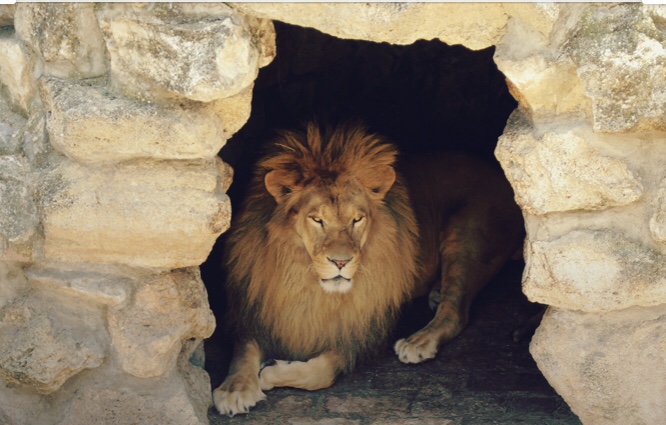 After working with her for about a year, I had had enough. I felt God was leading me to talk to the manager (again). But this time I told the manager if I had to continue working with that accountant, I would leave the company. That was when things turned around. The manager apologized for not taking action sooner, and immediately moved me to work with another senior accountant. The senior accountant I had been working with was humiliated, because to her this was like a demotion. The manager told me pride was most likely the reason the previous senior accountant was acting so badly. She was fearful her work wouldn’t be perfect because of me. (Proverbs 16:18 GNT, “Pride leads to destruction, and arrogance to downfall.”)

Even though working with her was unpleasant to say the least, I knew it was all part of God’s plan. I was able to pray for her salvation, and did so for quite some time even after she left the company. I also learned more about working with difficult people, and saw first hand how ugly pride can be. Daniel had to go all the way to the lion’s den before God delivered him, but he never stopped trusting God. I had to keep trusting God when dealing with my difficult coworker. I also had to trust His timing.

So whatever you may be going through, keep trusting God to provide what you need. Keep trusting Him to deliver you at the right time. No matter how long you must wait, remember…His grace is sufficient for you, and His power is made perfect in your weakness (2 Corinthians 12:9).

The love of Jesus will never fail you. Thank you for visiting my blog. View all posts by Dawn