Daniel 6:23 NIV, “…And when Daniel was lifted from the den, no wound was found on him, because he had trusted in his God.”

Daniel was an exceptional person who stood out from the crowd. He was great at what he did, and his coworkers didn’t like it. They became envious of him because he was up for a promotion. Since there was no fault that they could find with his work ethics, they had to find another way to bring him down. So they basically decided to go after him for having faith in God.

They convinced the king to create an order that would take away Daniel’s right to pray to God. Then when they caught Daniel praying, he ended up being thrown into the lion’s den for punishment. Although Daniel spent the night in the den, God locked the jaws of the lions and Daniel was unharmed. You can read the whole story here: Daniel 6 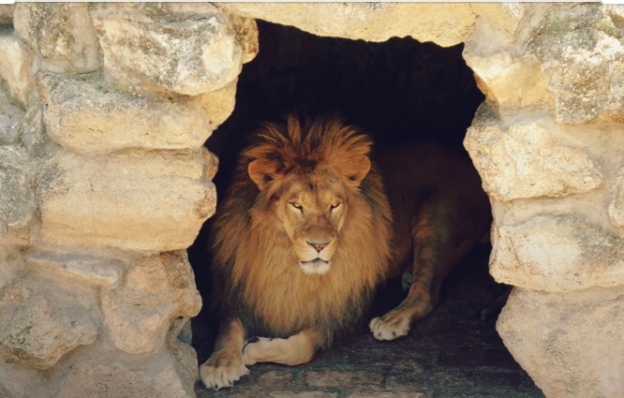 Daniel’s situation is still so relevant today. There are people who will try and hold you back when they see you getting ahead or doing your best to serve God. They may even lie on you or try and turn others against you.

Sometimes we wonder why certain things happen, or why God is taking so long to bring justice. He always has a perfect plan, and nothing slips past His watchful eye. Daniel trusted in God to deliver him, and He did. God will do the same for you. No situation, no matter how out of control it may seem, is beyond God’s power. He is fully aware of the evil doers and their wicked schemes. He will intervene at the perfect time.

The “lions” that attempt to destroy you are already defeated by the Living God who never slumbers or sleeps (Psalm 121:4). Keep trusting in the Lord with all your heart (Proverbs 3:5-6). The finished work of Jesus Christ on the cross, has overcome the evil that is in this world (John 16:33).

44 thoughts on “Because He Trusted In God”